Home/Blog/ Marketing, Strategy/Creative Ways to Use YouTube Videos for Branding

YouTube is growing exponentially. With viewers increasing at a rapid pace, it is proving to be a more and more important platform to consider for marketing efforts.

According to Statista, engagement on YouTube in 2017 was at 1.47 billion viewers. That figure is expected to reach 1.86 billion viewers by 2021. Clearly, the site is growing and with growth comes the ability to reach more consumers. That means your business should be able to take advantage of the opportunities provided by this platform. 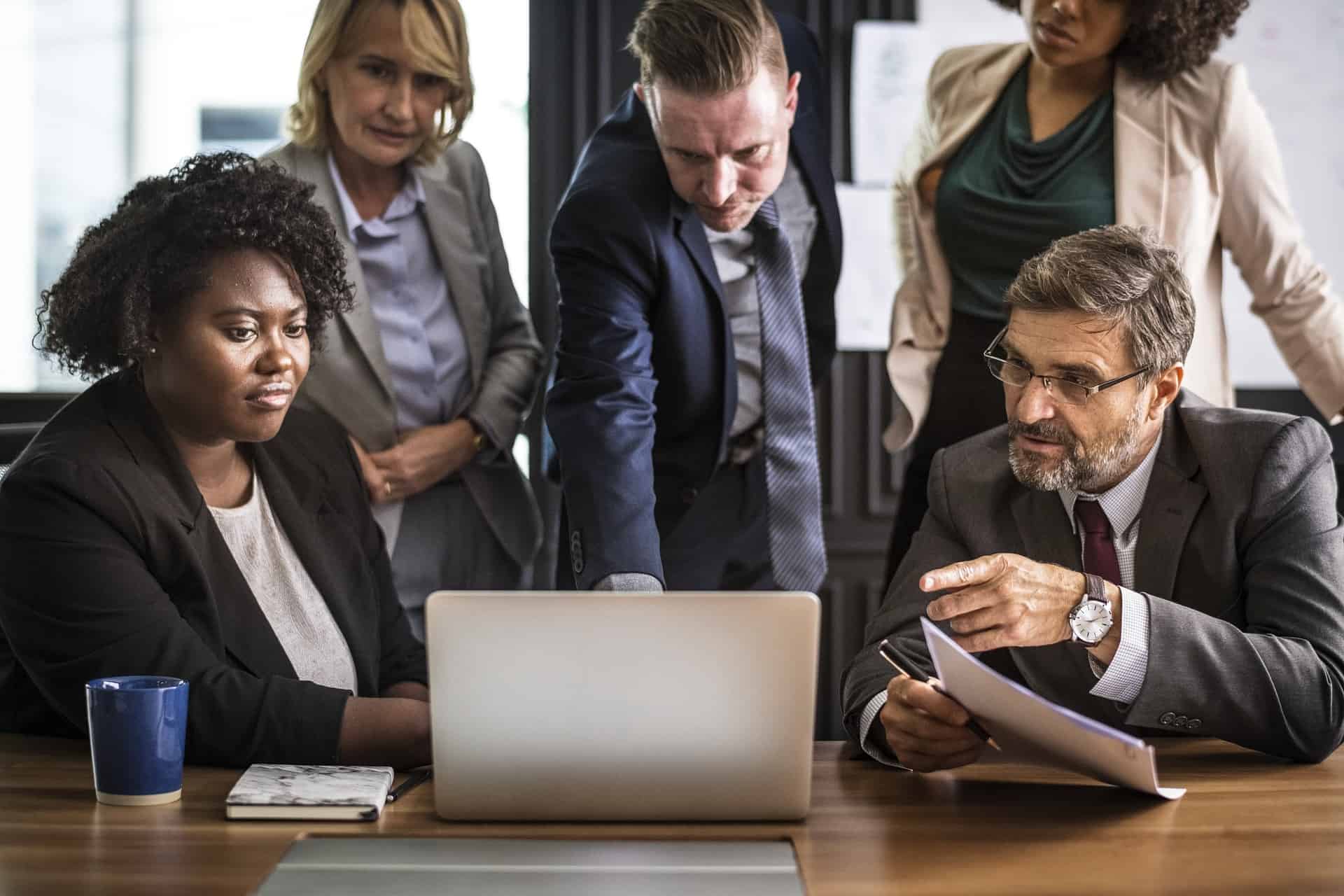 “The problem is that most people don’t think it’s possible,” says Frank Bingham of EssayOnTime; their marketing division has managed to increase its reach using YouTube videos as an advertising tool.

“Most people feel success on YouTube is reserved for big brands with deep pockets. That’s simply not true. All you have to do is analyze what the other guys are doing differently and you’re likely to hit jackpot.”

That’s exactly what we did; we went and looked at some viral YouTube videos by some major brands and dissected them so you don’t have to. As you can see, most of it is stuff you can do no matter what the size of your company or your marketing budget is. When it comes to videos, it’s all about creativity. The rest is secondary.

Everyone knows that to really connect with your audience on a deeper level you need to understand their pain points and cater to them. The problem is that most marketers will only scratch the surface in this area. If you really want to stand out, go deeper and build an emotional rapport with your audience. Let them know that you intimately understand what they like and what they don’t.

The perfect example here is Dick’s Sporting Goods, a sports gear and apparel vendor.  Their videos typically feature women doing sports with the company’s shoes. Here any other company would start talking about the benefits of wearing their shoes and how the quality is so much better than the next guy’s. Dick’s doesn’t do that.

Instead, they take a moment to tell the story of how difficult it is for mothers to take some time and put themselves first. That’s what it means to put on a pair of sports shoes and go out jogging, right? No kids, no husband, no work; just you and the wind in your hair. That is insanely difficult for most mothers and Dick’s acknowledges that in their video.

Choices: Who Will You Be by DICK'S Sporting Goods

So the entire video is about how good it is for a mother’s emotional well-being to take the plunge every now and then to just put on those running shoes and let themselves come first. They end up becoming better professionals, wives, and mothers. The video connects with you on an emotional level and makes you also want to put on some running shoes and let yourself come first.

Bring Familiarity back to the Unfamiliar

One of the issues that our current generation has is that we have grown numb to the messages that echo around us. We have heard the same messages over and over again so now we just shut it all out and find it all too familiar. It’s a little like people who live by the sea not being able to distinctly hear the waves again. Imagine being able to make those people hear the waves again…

This is exactly what Ikea did for their video. The man in the video is holding an actual book and talking about it excitedly as if it were a novel and innovative gadget.

Experience the power of a bookbook™

The man explains how it is so simple that to the user it hints at familiarity. He then goes on to explain how this book, which is not like an e-book but more like book, giving details about its features, interface, and so on, almost as if it were a technological gadget. It makes the viewer wake up to the beauty of the simple things in life, like getting into an Ikea bed or on an Ikea sofa and getting cozy with a book.

There are times when the specific message you’re trying to communicate to your audience is difficult to relate to, especially if it involves things they do not experience on a daily basis. Imagine the war in Syria. If you were trying to look for donors in the UK or USA to help with the situation in the war-torn country, how would you go about it?

This is the exact kind of problem that faced Save the Children, and they got creative with it. Instead of going the old way and showing their viewers pictures of the situation in Syria, they brought the war home, figuratively speaking.

Most Shocking Second a Day Video

In their video, they show a little girl in the UK looking happy, doing regular things like hanging out with her friends and her family. But then war suddenly breaks out in the UK. Everywhere around the girl there is carnage and chaos. She loses a lot of things, like her hair, her dad, and her will to continue. It gets very visual and emotionally provocative.

Needless to say, the video went viral and was very effective in getting people to help with the rescue efforts.

Use Human Emotion to your Advantage

It’s pretty common for companies to showcase their product on YouTube in videos. Most of them are rather mechanical and impersonal about it, however, and they lose touch with their audience in the process.

You can try to be different by not just showcasing your product, but also the story behind the product and how your company seeks to make a difference in society with its products. That’s what really gets people behind you; when they can relate to your products and your brand on an emotional level.

That is exactly what Microsoft does with this video. They show how deep their technologies go when it comes to making a difference. They even show how they helped a boy with disabilites to achieve his dream of playing videogames with his friends .

All other factors held equal, consumers will gravitate toward a brand that they feel makes a difference. Microsoft managed to show how they used their products to make a positive difference in the world and they connected to the consumers because of that. Additionally, emotions are more easily remembered than words or pictures. The next time the viewer has to decide between brands, they’ll remember the little boy and go for Microsoft.

Infuse your Videos with Humor

Motorola nailed this one in their video. In the video, we see two men trying to build a selfie stick, with plenty of close-ups of their faces, which are quite emotional. There is some emotional music playing in the background, the kind that you associate with epic videos.

The video is, at the heart of it, a playful parody of the medium altogether. The men use very poetic language when they talk about creating the selfie stick, likening it to “… when the sun turns the rain into a rainbow…” which is just another way of saying the selfie stick takes something mundane and turns it into something beautiful.

It’s a simple video about a simple gadget that nonetheless brings some humor and appreciation to the importance of the selfie stick in helping us capture our best moments.

Involve some Song and Dance

Here’s a fun fact: out of the 100 most shared videos of all time, 99 of them are music videos. That says a lot about the importance we attach to music and the effect it has on us.

When you involve song and dance in your videos, it entertains your viewers and also evokes some powerful and memorable emotions in them. What better way to pass on a message?

Burberry nailed it with their so-called trackvertisement. Ultimately, the video was about the Burberry box, but you almost couldn’t tell because most of it was a romantic story about a young couple. The young boy becomes a man and wins the lady’s heart. There’s lots of song and dance and it all just gets to you. You will now think of that music video every time you walk by a Burberry store and want to buy their products.

Have you ever noticed how powerfully endearing we find kids, kittens, and puppies? They have a way of making us feel warm and full of love and they are so hard to resist. In fact, with the rise of simple drag and drop animation software, it’s even easier to create such videos. You should seriously consider them if you want to stand out.

Coca-Cola used this effect to their advantage in an old advertisement video. Two polar bears are watching the Super Bowl and a penguin interrupts them to try and steal a bottle of Coca-Cola.

Now, if the same commercial had been done with two middle-aged men instead, it wouldn’t have been as interesting. The video still ends on a high note, despite the attempted robbery, and the characters smile and enjoy the show. The viewer does too, presumably, and it’s all in line with Coca Cola’s campaign to help people “open happiness”.

YouTube is the home of creativity. There really is no limit to how much you can achieve if you just approach the platform with a new perspective. The first step you need to take, however, is to stop assuming success takes money when advertising on YouTube and instead use lessons from the greats about the power of creativity.

Author bio: Jacob Dillon is an editor and journalist at EssaysOnTime.  He is fond of attending concerts, traveling and surfing. The best way for Jacob to express himself is to write. Meet him on Facebook and Twitter.