What Is a Storyboard? (and How to Make a Great One!)

Just like any good writer uses outlines to plan a great article —ahem 😉— a good video marketer should use storyboards to map out and improve their work. But what is a storyboard, exactly?

Well, to put it simply, a storyboard is the skeleton of your video. Thanks for reading!

What? That doesn’t really tell you much, huh? Well, I guess we have a couple of minutes to get into a bit more detail. Keep reading, and you’ll learn everything you need to know about storyboarding — from why you’ll want one, to how to create your own!

What Is a Storyboard?

Why Do You Need a Storyboard?

How Having a Storyboard Can Help with Video Production

How to Create a Storyboard

Storyboard Examples You Can Learn From

What Is a Storyboard?

Well, a storyboard is a series of sketches or drawings that help you organize a visual narrative and break it down into individual panels.

Each illustrated square in this sequence is accompanied by a description of the shot, which includes notes about shot specs, camera direction, dialogue, and any other relevant details regarding how the story in your video will unfold.

The result is a detailed roadmap that your video production team will follow to effectively produce a coherent and engaging piece while avoiding any inconsistencies unnecessary costs, and delays. So, whenever someone asks you “what is a storyboard?” going forward, you have enough fuel to play the know-it-all card 🤓. 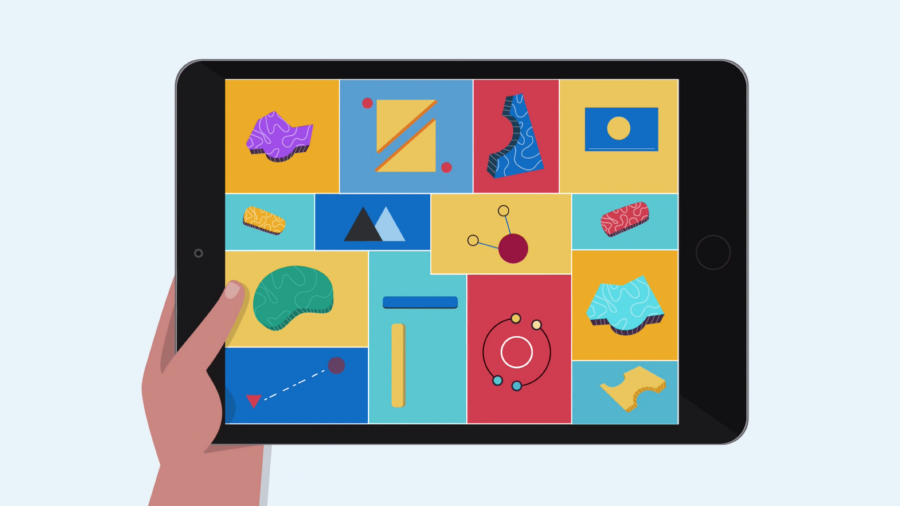 Why Do You Need a Storyboard?

Once you know what a storyboard is, you might think it sounds like an extra, ‘in-between’ step in the video production process; one that you could easily skip. That, however, would be a big mistake since it’s actually a key tool that brings several benefits to the table.

For starters, it gives you an excellent way to visually present information and get everyone involved with the production on the same page. Think about it, without a storyboard, each member could have a different idea or interpretation of what the different elements of your video look and behave like, or even how it all comes together!

Another advantage of storyboarding is that it can help you save time and money. While you’ll likely still go through some iteration even after you create a storyboard, the chances of making serious mistakes that would be costly to fix are significantly reduced.

Pitching to potential investors or company decision-makers is another big reason to create a storyboard. Instead of just explaining your ideas to them in the abstract, you can show them what you have in mind. Giving everyone interested a clear idea of how your video will play out, and getting them excited by the possibilities.

How Having a Storyboard Can Help with Video Production

Now, to dive a little deeper into the specifics of using storyboards to improve your video’s pre-production, let us break it down into the three main aspects they contribute to.

If you constantly have thousands of ideas bouncing around in your head, you can use a storyboard to help you blend and even test them; see what works and doesn’t. You’ll also be able to more accurately determine what you’re working with and which resources and equipment you’re going to need for each scene.

Moreover, having a visual representation of your ideas can help you put together a more effective story in less time. This way, you’ll have a clearer picture of what you want to do and find the best way to say what you want to say.

Think of a storyboard as a rehearsal for your video. Since you’ll be able to visualize and tweak your entire piece’s progression, from start to finish, it will be easier to notice and address any potential issues or weaknesses that might require you to make adjustments before moving into production.

For example, you might need more visual effects than what you had in mind, or there might be a dialog that might need support from the visuals in a given scene. Whatever the problem is, fixing mistakes before production or post-production can save you money and prevent a headache!

If you’re on a shoestring budget, every second counts. The good news is that having a storyboard for animation video or live-action pieces can certainly speed up the production process.

Since every aspect of the video will be well-organized and planned out beforehand, your crew will only have to worry about carrying out your vision as portrayed on the board. Even better, with a good storyboard, you’ll avoid having to re-animate or re-shoot scenes for your video, ultimately saving you both time and money.

In short, having a good storyboarding helps you to make the most efficient use of your time and resources. 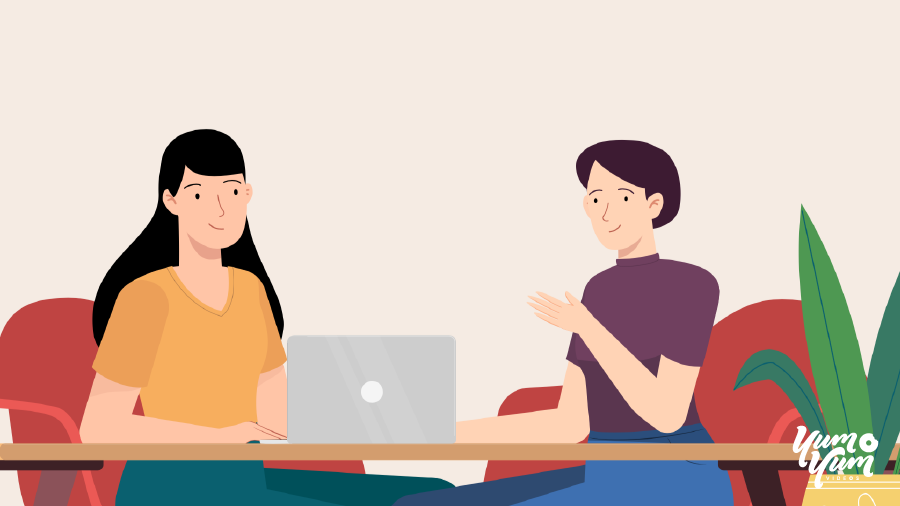 How to Create a Storyboard

By this point, you might be thinking that you need to be a highly skilled artist and creative person to make use of this powerful tool, but that couldn’t be further from the truth! Let’s take a look at how you can create a storyboard in five steps:

1. Begin with a Template

A template is often the very first thing you’re going to need to create a storyboard. You can either find a free one online or make your own by drawing a series of squares or rectangles on a piece of paper. It’s as simple as that. Just imagine you’re making a comic strip, and leave enough room under each panel to add any notes or script lines later.

Regarding the number of frames you should make, a good rule of thumb is that each frame corresponds to about 3 to 6 seconds of video. Finally, don’t forget to number each square in the exact sequence your story is going to take place to avoid any confusion regarding the timeline of your video.

2. Break Down Your Script

You don’t need to try and fit the entire script in the storyboard, but rather break it down into smaller, relevant ‘scenes’. Don’t forget to include any key instructions and transition cues that’d make your story progress under the corresponding panel in your template.

This step in the storyboarding process can help you refine your script, allowing you to see what works and what can be improved.

This is probably the most daunting part of creating a storyboard for most, but don’t worry!  You don’t need a masterpiece worthy of the Louvre 😜.

In fact, the level of detail for your storyboard’s drawing will mainly depend on your video’s complexity, your artistic skills, and time. In most cases, a simple sketch of stick figures and geometric shapes will be enough, which is why you don’t need to be an artist to draw your panels.

However, you might want to keep some extra paper and a good eraser handy in case you need to make any changes, or work on a digital storyboard instead to save yourself the hassle.

As you draw your scenes, include any relevant notes and information your team might need moving forward. Whether you want to see a zoom-in, a specific transition, or have text appear on the screen, you need to inform your production crew beforehand. Your notes can be a simple comment or just some arrows that indicate camera movement, for example.

Revision is the final and most important step in the process to create a truly useful storyboard. Gather your team, show them your work, and ask them for input. Their feedback will be invaluable to ensure that your final piece matches the goals you set out for it!

It’s important that you understand the different types of storyboards you might come across, so you can easily decide which one would be a better fit for your project. The most common storyboard styles include:

Storyboard Examples You Can Learn From!

After learning how to create a storyboard, you might need some inspiration to make your own. So, here are some storyboard examples you can take as a guide:

Here’s one storyboard example created by our team at Yum Yum Videos that we’re quite proud of. This fragment makes up the very beginning of an explainer video we produced for our friends at BrightInsight.

This type of video doesn’t often require character dialogue because there’s a voiceover explaining their actions as they carry them out. That’s why we decided to illustrate the information that the voiceover provides frame by frame to clearly visualize the scene progression and mark the element’s transitions with the lines you see in the last three panels.

This thumbnail storyboard example goes to show how a simple sketch is enough to plan out an entire, large-scale scene. While this particular set of panels doesn’t include any dialogue or notes, it does include several arrows to indicate camera movement — and if you take a look at the final piece, you will be able to see just how important they are.

Here’s a great digital storyboarding example from the animated show “Hilda.” Digital storyboards can often have more details, which is particularly important when you’re trying to convey a character’s strong emotions like those Hilda’s showing in these panels.

Even though you probably came here just asking “what is a storyboard?”, if you read this far, you now know that, and everything you need to create your own one! Not bad 😁

From easily selecting the type of storyboard that suits your needs the best to carefully following the steps to make one from scratch, you have everything to become an expert storyboarder in no time. By considering all the information we’ve provided here, you can start trying out different ideas and tweaking the details until you’re satisfied with the final results.

Trust us, storyboarding will make your production process —and your life— a whole lot easier!

Check out other Articles

Keep up with the latest in
video marketing

Sign up for our newsletter, biweekly
digest from our video experts.