Home/Blog/ Marketing, Strategy, Video Production/What To Avoid If You Want Your Explainer Video To Succeed

What To Avoid If You Want Your Explainer Video To Succeed

So, you want your explainer video to be super successful, right? You’ll be happy to know that it’s not a hard thing to do.

However, there are some common mistakes that will result in your video not being as effective as you would like. Avoid these mistakes and you’ll have a great marketing tool that will boost your conversion rates and sales!

Almost everyone has watched an explainer video before they make a purchase (98% of customers, actually), so if your explainer video is not working like it should, you’re at risk of falling behind.

Let’s take a look at some common mistakes and how to avoid them! 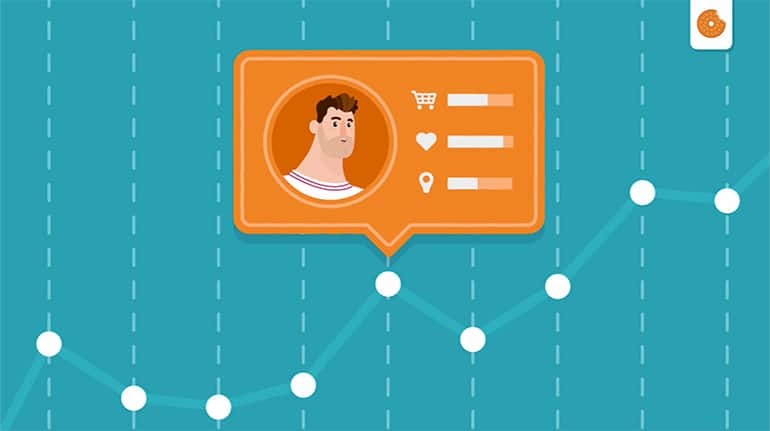 If you want a successful explainer video for your brand, you need to know how much information you should share with your audience.

Too little information won’t work, because you need your message to be understood correctly. On the other hand, too much information can confuse your audience, or make them lose interest.

Your video must be short, concise, clear and entertaining. This starts by having a smart script, but also by knowing how to communicate your message correctly.

Keep your explainer video below the two-minute-mark

Your explainer video has to be short and sweet. Recent research shows that any marketing video that’s longer than two minutes is just excessive, and not effective at all.

It won’t surprise anyone to know that people’s attention spans are getting shorter and shorter. Just ask any millennial about those fifteen tabs they have opened at any given moment on their browsers. It’s a fact: younger generations tend to favor shorter videos.

And even though older generations may be a little bit more patient with video length, it’s really not smart to create videos that overpass that two-minute-mark.

In two minutes or less, you should be able to say everything that needs to be said. This way, you’ll avoid losing your audience’s attention, and if people lose interest in your video, all your efforts will be worth nothing.

Keep the unnecessary details to yourself

Can an explainer video have too much information? Yes, it can. Packing too many unnecessary details into your video will result in a poorly executed explainer video — you’ll eventually bore your audience and drive them away. And, of course, nobody wants that!

It’s important to understand exactly what the message is that you want to communicate, and do it in a direct, simple, and straightforward way.

A video that’s overcrowded with information will confuse your audience, and won’t have the results that you’re looking for. You can’t expect that a video that’s confusing and boring retains your audience’s attention long enough for them to make a purchase decision!

So, deliver a clear message. Precision is key.

A script is the backbone of any kind of video content, and because of that, it needs to be strong and well-built.

Most people don’t realize how important this step is, and sometimes they create whole videos without even using a script– which is a huge mistake. If you have an idea and a concept that needs to be communicated correctly, you must rely on professional script writers that will make sure that your message actually gets through to your audience.

That’s the only way your explainer video will really succeed. You’ve got to make sure of three things:

Your script has a logical structure

A beginning, a middle and an end is the logical structure for any script. You can translate this to ‘explainer video language’ as: Your audience has a problem, they need a solution, and your company’s got it. Use a logical narrative to your advantage.

You need an impressive script

I know, that’s easier said than done! But the key is to forget boring or unrelatable stories that are just similar to everyone else’s. A very-well written video has to catch your audience’s attention from the first few seconds, all the way through to the end.

It needs to focus on your audience

It’s tempting to make your script very “me, me, me”, but remember– the best explainer videos click with their target audience by letting them know that they’re important.

Your audience has an issue that needs to be solved, and your company has the tools for them to solve it. An explainer video can’t be too self-involved, nobody will really care if you only talk about how great your company is, without any proof.

Sometimes, you might think that the smartest thing to do is to go low-budget. Using video templates, for example, can get you a quick and cheap explainer video.

You can get some pre-filmed video snippets and reuse them, or you could also try to recreate another video that went viral… Doing any of this is the perfect recipe to have a generic explainer video, that’s just the same as anyone else’s.

It’s a recipe for disaster, and you can tell by a simple experiment: if the video looks exactly the same when you replace your brand’s name and put in any other one instead (let’s say your competition’s), then it’s worthless.

Because your explainer video can’t be a generic one. Nobody cares about a brand that looks exactly the same as the others.

What will set your company apart is to show whatever it is that makes it unique — your core values, your brand’s own tone and spirit. That’s something that can’t come prepackaged, and it’s what will make it recognizable.

Don’t bore your audience by being generic. Instead, define what makes your brand unique and put it into images and words. Customize your explainer video, and success will follow.

Be smart when distributing your video

So, you’ve got an explainer video. What’s the first thing you do? You upload it to YouTube. Great, now your work here is done! Right?

No, it’s not. Even though YouTube is a pretty important place to be (it’s the second largest search engine in the world, after all), it’s not enough. You need to distribute your video in a smart way.

And if you want your explainer video to be useful and give you profits like it should, it’s important to distribute it everywhere. Let’s go through some examples of great distribution:

Use it in advertising: Videos work great in ads. In fact, it’s the format that has the highest click-through rate: 1.84%

Post them on social media: Explainer videos are one of the favorites on social networks, and they get shared a lot. Given the fact that Facebook expects to be all video by 2020, it’s time to start sharing your videos on social media right now.

Link it to your blog posts: Embedding explainer videos in your blog posts will result in a better quality of content, a more simple and concise message, and it will boost your SEO too!

Use your video to improve your email marketing: Just by adding a thumbnail of your video in your email’s body, the click-through rate of it multiplies by 2.

Add an explainer video to your landing page: Turn your video into the first thing that your visitors see when they come to your website. Make it shine! Having a video in a place where your audience can actually see it will improve your sales rates and conversions.

Long story short, don’t bury your videos and don’t let them be forgotten! Use your explainer video everywhere you can to boost its effectiveness.

Avoid the wrong collaborators: Surround yourself with a good team

We’ve talked about having a good script before, and how the smartest thing to do is to hire a professional script writer. That’s great but it doesn’t end with the script — you have to be surrounded by a team of professionals who really know what they’re doing.

It’s not enough to work with people that know one or two things about video, because their intentions might be good, but you’ll end up losing time, energy and money.

Explainer videos go through a lot of production stages, as you probably already know. It goes all the way from writing the script and developing the art, to directing it, editing it, voice overs and sound effects… and in order to produce a high-quality explainer video, you need to have a high-quality team first.

Surround yourself of a team professionals with the necessary experience to help you create a quality video. Working with people that know a just little bit of everything won’t cut it– you need a team that knows how to help you showcase the true spirit of your brand.

It’s not hard to find the best team of experts to help you get the best results! In fact, at Yum Yum Videos we’ve written a whole ebook about it, and it’s totally free for you to use: It’s called “How to choose the right explainer video company”, so go and take a look!

Now that you know what to avoid if you want a successful explainer video, are you ready to create one of your own? If you are, drop us a line so we can help you with that!