Generate a human approach with your cartoon animated video

From Dumbo to Toy Story 3, The Simpsons and South Park, cartoon animated videos have already proven how great they are at generating emotions in their audiences. What might seem silly on paper (who gets emotional over a bunch of drawings?) has been largely dictated by history. 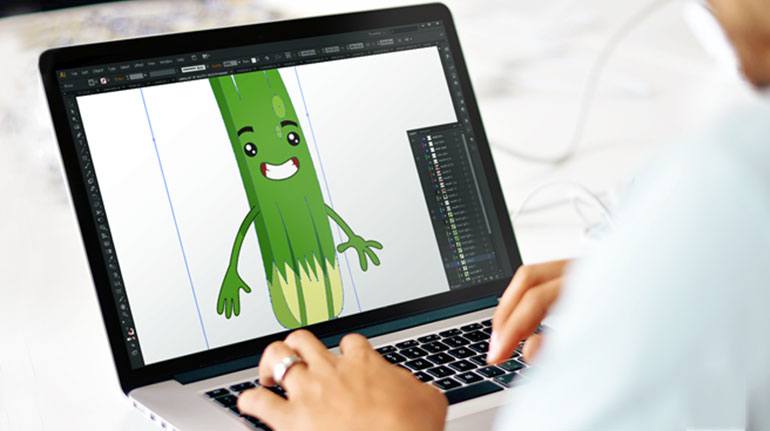 That’s why at Yum Yum Videos we feel so surprised when people that reach out to us have doubts about animation’s potential to generate a human approach. Perhaps those people believe that the story you tell on a film or TV series is too different from an explainer video or video ad. Maybe they think that while you can generate emotions with cartoons on the former, it’s almost impossible with the latter.

That seems like a legitimate doubt. That’s why today we’re here to settle it once and for all. Because, see, the mechanisms behind the animated films you love so much and the cartoon animated videos we use for marketing are the same.

Connecting with the audience

Let’s get out of the marketing realm for a moment, shall we? Now, think about this: how is it possible for animated films to create the strong reactions they are able to generate? Why does the beginning of Up or the ending of Toy Story 3 feel like a gut punch? How are the Simpsons able to make us root for someone as careless as Homer?

The answer is simple. We feel connected to the characters at one point or the other. As it happens with any story worth watching, the characters are one of the key components. As long as we can see ourselves (or a fraction of us, at least) in them and in the problems they face, we can connect. And if we can connect with those characters, we’ll be invested in how their stories go down.

Now, considering that principle, let’s focus on marketing videos. We’re talking about videos made to show a brand or product, increase sales, get new leads. Yet the underlying goal prevails. In order to get those benefits, you need to connect with your audience to make your point.

In other words, we’re basically saying you’ll need your target audience to be invested in what you’re saying if you’re going to engage with them. Taking a page out of the book of animated films, you can use cartoon animated videos to do just that – get the people invested in your message.

By crafting characters that have the same basic traits as your audience and by putting them in front of the same problems your potential customers have to face, you’re inviting the people watching to put themselves in your characters’ shoes.

You’re saying to them “hey, you have this problem? We had it too, and we created something that can help you with it. Here, check out this video to see how it can all work out for you.”

Making it clear that you understand the underlying problems of your target audience can make the connection with them far easier. And if you craft the characters with detail, you’ll have half the battle already won.

Now, you might be wondering “isn’t it possible to get all that with real live video? Why would I pick cartoon videos for that?” Of course you can get that human connection with any kind of (well-developed) marketing video! But it’s better with cartoon videos because of their nature. Hear us out.

The flexibility you need for your message to work

Let’s say that you know who your audience is and what its main issues are. What do you think will be easier: finding the perfect actors and locations to shoot your story or creating them out of the blue? Actors and locations are already there but finding the perfect ones can be a drag. Animated characters and scenes are waiting to be designed – but you can create them exactly in the same way you need them.

That flexibility is the main advantage of cartoon animated videos over live action videos. Because you’re not bound by any limits, you can create characters with traits you need to cater to your audience and generate a fictitious world that works precisely with your story.

You can use your brand’s colors to help your awareness, exaggerate the character’s emotions in any way you want and even use all kinds of elements (like charts, numbers or insane comparisons) to illustrate your point.

The flexibility also makes the whole deal more affordable and more easily upgradable. In other words, you can have a video that can be tweaked at any time to fit new needs without the need of re-shooting entire scenes, all while keeping the backbone of your story intact.

As if having the freedom to work without limitations wasn’t enough, there’s another great thing with which cartoon videos can help.

A fresh and recognizable aesthetic

Since you’re working from scratch, you can create a whole set of characters and an entire world that’s so unique, audiences will pay attention just on the account of how fresh they are. And if you think that worrying about the looks is anecdotic when talking about a human approach, think again.

Working to offer something unique can show that there’s a group of people behind that video that worries enough to create something different from what everyone else is doing. That’s an approach that underlines a professional attitude from a brand that truly wants to offer the best to its customers. Caring about quality is caring about the experience of the people on the receiving end.

Besides, a recognizable aesthetic can work in your favor on other levels. It can surely set you apart in your field, spark curiosity in your target audience and make it easier for your message to get across.

A style for any communication tone

Another great advantage of working with cartoon animated videos is that they can be used for any kind of company, regardless of how “serious” they are. One of the biggest criticisms we’ve seen when making cartoon videos is that certain businesses feel that animation is meant for kids or it’s better off with light-hearted company. That’s simply not true.

We can understand why many people would believe that, given the huge amount of funny animated videos on the Internet. However, there’s also plenty of proof that these videos can work even for more mature audiences. Check out the video we did for WSP below to understand what we mean.

As you surely noticed, the video is educational and its message is very clear yet it doesn’t fit with the preconceptions about cartoon animations. Yet, it uses all of the medium’s strengths to educate the audience about the company and its benefits. It’s a clear example of what you can achieve with animation in any industry.

In fact, we can say there’s a style for any communication tone out there. It doesn’t matter the business or the industry – anyone can use cartoon videos to talk and connect with their audiences. What’s more, using this kind of video can sometimes subvert the expectations surrounding your company and shed new light on your brand that can make people see you as more human. Once again, cartoon videos come to the rescue.

We won’t argue with people that believe that using real actors in their videos is the way to humanize a brand (it certainly is a way to do it!). But we believe that doing so isn’t the only way to achieve it. We understand the message as the main factor in the process of humanizing a brand to the point where what you say is as important as who is saying it.

In that context, there are several benefits of working with cartoon animated videos that we believe all companies can use in their favor. The freedom to decide over every little detail with ease is probably the most evident one but there’s also the matter of creating a unique aesthetic capable of making heads turn your way.

A winning combination of all those aspects is the key to developing a series of videos that can make your communication feel more real to your target audience. However, doing that isn’t an easy feat. It requires a deep knowledge of the people you’re talking to as well as the industry in which you’re working in.

Creating a successful video marketing strategy for humanizing your brand is possible but it takes time and effort. Are you up to the challenge? Then go for it! Feel a little overwhelmed? It’s ok to ask for help!

At Yum Yum Videos we’ve created tons of cartoon animated videos for a wide variety of businesses across many industries. We are detailed, results-oriented and very professional. The best of all – we are here to listen to what you need! So, take a look at our portfolio and if you like what you see, then contact us and let’s put that human touch to your brand together!