7 Reasons Why Your Explainer Video Is Not Working

Over the years we’ve been working in the explainer video industry, we’ve come across a lot of people who claimed that video explainers don’t work. Our experience shows us something extremely different, as these videos have huge benefits for all kinds of companies. So, we took to investigate why all these people were saying that. 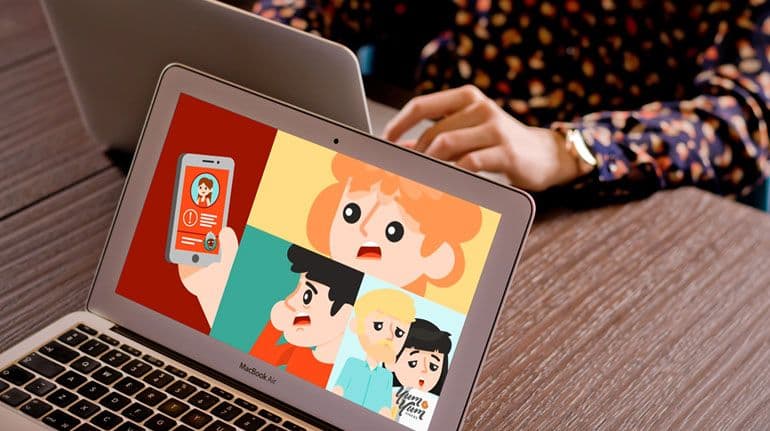 After checking tons of the corporate videos across many industries, we now know why some people believe that – they didn’t do a good job when creating them! There are numerous factors that can lead to a poor performance for marketing videos and we identified them all. So, if you find yourself agreeing with how these people think, let us show you why you are wrong (and what you can do to fix your explainer video).

#1. A flawed, rushed or inexistent script

All video content, from tutorials to full length movies, start with an idea that has to become a complete script later on. Explainer videos are no exception. The idea you have for your corporate video is discussed with the production team and the writers and later on it becomes the script that all the following stages will use.

In other words, a proper script is the foundation on which your whole video is built upon. Many people don’t realize the importance of this first step. But, like I said above, it is practically how the whole video is devised. It’s the first step of a complex process so, as with any first step of any journey, it needs to be a firm one. With that in mind, if your explainer video company wants a shot at success, then counting on a professional scriptwriter on its team is a must. Watch this great example of a powerful script:

Boring, unrelatable or too similar to everything else.

If the video doesn’t grab your attention right out of the gate, you’re in trouble. People are easily distracted, so it’s important for the script to be impressive from the first second. A well-written video can hold its audience from the beginning up until the very end by chaining together perfectly constructed blocks that deliver an effective message.

Too self-involved. The best explainer videos click with the audience.

They do it by addressing how the company can help with a particular issue the target audience is having. If your video only talks about your company and how great it is, then it’s doomed to fail.

The whole narrative of your video should be logical. There’s a problem, there’s a solution and your company is the one providing it. If your video lacks one of these, then the script it was based on was underdeveloped.

As you can see, an undercooked script can cause a lot of trouble. If you didn’t spend enough time with it, then your chances for success are slim to say the least. Want further help with the scripting phase? Download our ebook How to Write a Script for an Explainer Video for free!

A good script won’t only define how the video is going to be built but also what stays in and what gets cut out. This is one of the trickiest things to do because, if you don’t have enough training, you‘ll always feel that you should add something more. And you know what that is? The recipe for a video overcrowded with information that will confuse your audience.

This is a huge issue. Our attention span is getting shorter and shorter with each passing year so if you don’t deliver a clear message, you’ll surely drive your audience away in a couple of seconds. Thus, precision is key. You have to define what you need to say and leave out the rest. Be short. Be concise. Be direct.

We aren’t talking about 10-minute videos, mind you. Based on recent research, we can be certain that ‘excessive’ means ‘above the 2 minute mark’ when it comes to video. The data is conclusive about that. After 2 minutes, people quickly start to lose interest so if you haven’t said everything you wanted to say by then, then all extra effort will be useless.

As a general rule of thumb, all your videos should be under those 2 minutes. Of course, there are other factors that will define ‘excessive’ for your business and industry in particular. It’s not the same to cater to millennials than to much older people. The first are more impatient and favor shorter videos while an older audience can pay attention for a little longer. This would be a great example of an ideal explainer video lenght:

In that context, if your current corporate video is longer than 2 minutes, it’s time to cut it off. If it’s shorter, then you’ll have to take a look at your audience and decide if you should cut something off or if you can leave it as it is. Having trouble deciding that? Then perhaps it’s time to talk to the experts.

Almost all companies are betting on video nowadays. From the tech juggernauts to the most modest of local businesses, everyone wants a piece of the video pie. It’s evident then, that you have to step up your game. It’s not a matter of just having corporate videos anymore – your company needs to show some high quality to outperform all the competition.

And that’s not it. If you fail to provide that quality your audience has come to expect, you can seriously damage your brand. If that’s how you treat your image, then what’s left for your customers? It can take a couple of seconds of a poor animated video to destroy all your good intentions and all the hard work you’ve put into growing your company. This is a high quality animated explainer video:

Spotting a low-quality video can be harder than you may think. Though there are several indicators that will jump right in front of your eyes (ugly rendering, half-baked characters, poor filming techniques) there are others that are more difficult to pinpoint. To help you detect all the issues you may have with quality in your company video, ask for honest opinions and request professional help. You can’t be too sure about something as crucial as this.

An explainer video is more than just showing what you can do – it’s about who you are as a brand. It’s about how you want to be perceived. It’s about your company’s values, tone and spirit. Getting that on a video is a challenge, we know, but one worth tackling. Otherwise, you’ll end up being one of those companies that looks like everyone else.

There are several ways you can hit that dead end. Using video templates is one of the most common ones. Creating a video from pre-filmed snippets is one of the easiest ways to cut down on costs. It is also the shortcut to looking average, exactly the same as many, many others that may have used the same snippets.

Another way is to recreate the tone of a video that proved to be popular or that went viral. Unless you put a twist on the old clichés, you’ll bore everyone that watches your video. If your company is truly unique, then you need to define what it is that makes it so – and put it into words and images.

The keyword here is ‘customization’. If you replace the name of your company with any of your competitors’ and your video still works, then you need to get on this. You need the video to breathe your brand in each of its seconds, making it recognizable and unmistakably yours.

Not all the problems you may have with your corporate video originates on how you make the video itself. What you do with it after it’s completed can also bring you an inferior performance. A video is a great marketing material provided you know where and how to use it. Want a hint? You have to do more than just post it on your YouTube channel.

Using it to create paid ads, sharing it on social media, linking it via your blog posts – they are all valid ways to increase your videos visibility. But there’s also an often overlooked way to make it shine a little brighter – get it on your website’s homepage. In other words, don’t bury your company video in some subsection most people won’t visit.

Tip: Check this free ebook about “You have your Explainer video done… Now What?”

Turn it into the first thing they see and you’ll see how people start to spend more time on your site. 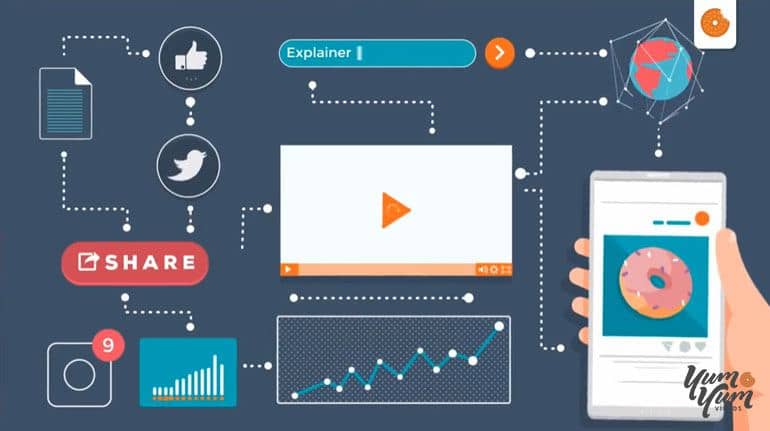 You can find the final reason why your video isn’t performing at the very beginning of its production – the team in charge. Look, I’m sure you got to work with people with the best intentions that knew a thing or two about web videos and their best practices. That isn’t enough, though – you have to work with above average people.

As you surely know by now, making these videos comprise several stages from writing the script to developing the art, directing and editing it among other things. Working with people that know a little bit of each of them won’t cut it. You need professionals for each step of the way if you want the best results.

Showcasing your brand, finding your unique voice, captivating the audience – all of them are challenging tasks that only true professionals can tackle with success. That’s why you need to find the right explainer video company: that has a team of experts ready to take you to where you want to go with this type of video.

Don’t give up on explainer videos just yet. There’s plenty you can correct to get all the benefits from them. It’s a matter of paying attention, learning from your mistakes and betting on a strategy that’s being tried and proven for quite a long time. Need some help with that? Drop a line to Yum Yum Videos – we can help you turn this around!